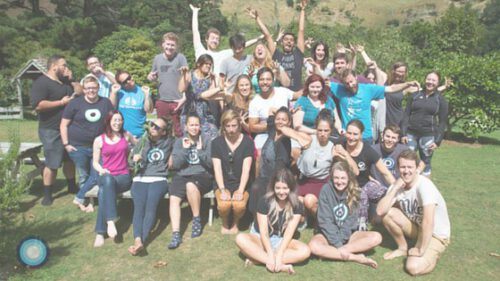 There is much to be said for getting in a car full of strangers and driving to Ōtaki. You start conversations with people you never expected to, or wouldn’t normally get the chance to meet. You hear stories you never thought you would hear, and get to know much more about the person beside you other than what their day job as a corporate lawyer entails.

And, luckily, the driver has a vague idea of how to get to the Waihōanga Centre for Wellbeing.

The Lifehack Community Retreat was just that: beginning a conversation and not being entirely sure where you were heading. The Lifehack Team created the perfect environment, in the middle of nowhere, for the conversation to start. You cannot realise and develop your dreams without talking about them with someone else first. The community cannot build itself and figure out what the future holds next without having the chance to discuss it as a group. 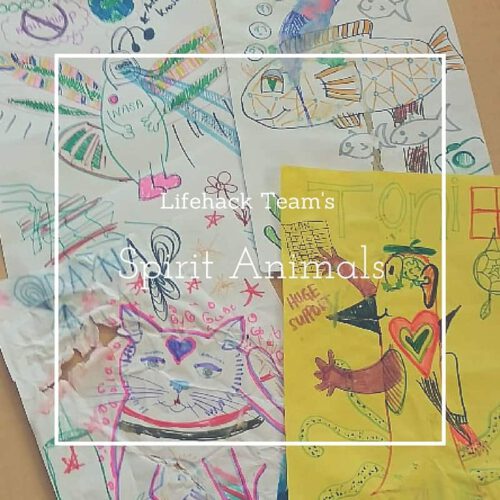 You will never know your “spirit animal” without the help of others.

For some, coming to the Retreat was their first introduction to Lifehack. For many it was a chance to catch up with old friends made from other events; previous Lifehack Weekends or the Flourishing Fellowship. This Retreat had a difference though. On the first day of introductions the Community could finally “see” itself: an inspiring, diverse group of talented, warm-hearted and creative group. Among them, local and central government policy-makers, ultra-marathon runners, your local postie with a phenomenal talent for art, climate change advocates, Ngā Taonga Tākaro wānanga experts, musicians, Kohanga reo workers, yoga instructors, computer programmers, PhD candidates, leaders in Maori women’s development, lawyers: all who share a passion for youth development and well-being.

It is always better with friends

Sometimes it can be an up-hill battle working to help others, or ourselves, and this battle is more difficult in isolation. The importance of taking a break from office silos and daily routine — as far flung as Doubtless Bay or as close as Newtown — should never be underestimated. Neither should the importance of taking time out for yourself, to try out mindfulness meditation, yoga, or glide past Punga and Nikau palms in an emerald river and learn how to weave harakeke from patient teachers.

The Lifehack team also brought what was asked of the community: opportunities for the LifeHack community to learn about Māori culture and language, facilitation skills, and time for discussion on project ideas and the future of LifeHack. The talented Silvia Zuur conducted a workshop on facilitation. Facili-what? Silvia has a wealth of experience and skill in the art of facilitation: from the idiosyncrasies of etiquette, such as rearranging furniture, to the essential theory behind a well-structured session. Want more? Go see the blog we wrote.

Open Space and Soapbox sessions gave the attendees a chance to share ideas, spark new dreams and receive feedback from their peers. Some wanted to test their ideas for how to support young social innovators in Auckland, others were starting a music school. Some enthusiasts continued talking until 3am in the morning. Other sessions included the mysterious “spirit animals.” Who was the Meta Bear and Rainbow Sparkle Foxy Mama? Are you food or prey? This last one was less violent than it sounds: a fun-filled Taonga Tākaro for a break to stretch the legs and learn about traditional Māori games and language. Another game to check out is Tapuae.

When a community can finally “see” itself, in Gina’s words, it also has the chance to shape its own future. This was the co-design part of the Retreat: how the LifeHack community wants to build itself. What appeared to be a haphazard crowd wandering a room exchanging post-it notes, was in fact a process that grew ideas for community ownership and development. The top ideas in the pipeline include:

The person who sat next to me, on the drive to Otaki, later described his impression of the Retreat as “a bunch of really good people trying to help out.” He was like me, a newbie, who had no idea what it would entail but was entirely up for a baptism by fire. And, like me, he left with a smile on his face and feeling less alone in the world. Wherever you are going, and wherever you land, whether a retreat, a project, or a personal goal to improve your well-being, knowing you are part of team who has your back makes all the difference for the ride.