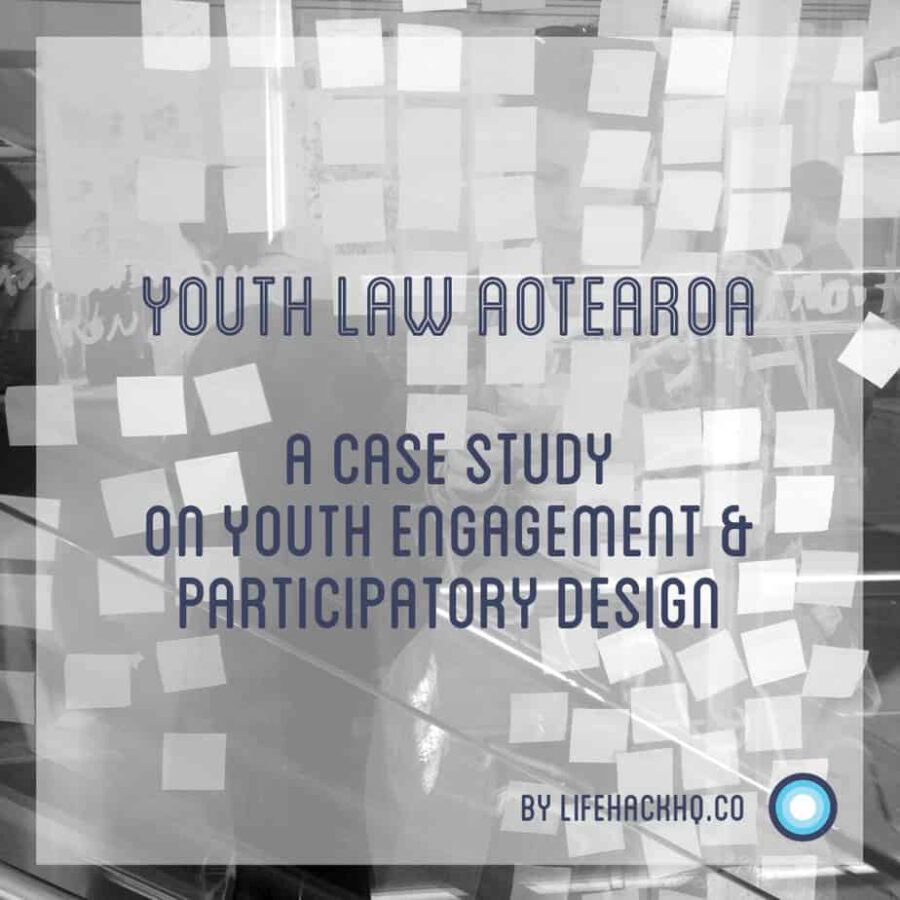 Recently we were approached by a small team who had big plans – make access to Youth Law much more simple, so that when young people interact with the legal system they are informed, get a fair go, and are able to navigate the challenges they may face in life.

Here’s a short case study on how the project unfolded and where it’s heading, through a Q&A with the core team;

Use a participatory design process in workshops around the country with a range of young people who may or may not have interacted with the justice system.

Workshops to include creative processes to develop characters, discuss people’s understanding of their rights, and exercises to see how they would interact with certain content.

Support the core team on the design of the workshop experience, make introductions to form core team and open doors to youth communities, help with reflecting on the project.

Q&A with the design team:

How many people were involved in the workshops?

What kind of diversity of people were you able to work with?

There were 63 participants between the ages of 14 and 20, including;

Could you describe what happened at the workshops?

Combining a mixture of facilitated discussion, small group exercises and questionnaires  we talked to young people about their understanding of the law as it affected their daily lives and where they would go for help or information if they needed it. We took participants through some exercises to gauge their understanding of Youth Law’s content and how they would best relate to it. We also asked participants to fill out a questionnaire which aimed to get their feedback on how they would like content to be communicated and what would make them more or less likely to engage. Included in this were questions around:

What do you think was most valuable about running these workshops?

Gathering concrete feedback from the audience and developing a design and strategy direction from that makes everyone way more confident that we are doing the right thing for the people we are here to serve.

What will you do with the outputs from the workshops?

The outputs have been presented to and adopted by the the Youth Law board and now form the foundation of their brand, web and communications strategy. They will also influence the direction of the organisation as a whole bringing it inline with the young New Zealander’s feedback and needs. On the whole this has had a significant and positive impact on Youth Law as an organisation. It has helped them understand their audience and what it needs from them, and in turn become clearer about the kind of organisation they need to be to achieve that.

Will Youth Law be taking the recommendations forward in some way?

Yes the recommendations will form the basis for the web strategy – both the form and content of the new website and also their core organisational strategy will be adjusted so that it can support this – becoming more focussed around developing great content to inform and engage young people. The new website will be designed mobile-first, and will be focussed around content that young people will relate to, including locating information within scenarios that young people are familiar with. The feedback reinforced that young people have a sophisticated design sense and prefer authentic content that is simple and clear rather than fancy graphics and devices/aesthetics that are often thought to appeal to young people.

What’s changed from the original brief?

The workshop  feedback was used to re-develop the brief – allowing the audience to drive the design. Youth Law are now confident in their direction, rather than working on the assumptions of the organisation members or a small ‘youth advisory group’ which never changes.

If you were to run another youth engagement design process to inform your projects, what would you change?

There’s significant research coming out of New Zealand about the relationship between factors in young people’s lives, such as Wellbeing & Resilience interventions, and decreased rates of offending:

“Interventions designed to create positive relationships, community connectedness, or a sense of self-esteem, for example, may be more effective than attempting to remove the anti-social peers, improving the household income, or improving parenting practices.”  – “What causes youth crime, and what can we do about it?” by The Youth Court of New Zealand – Te Kooti Taiohi O Aotearoa, 2009 Report (Section 5)