Toni and Gina attended the Youth Collaborative Hui in Christchurch last month. Not only is it a great gathering of researchers and front-line workers in the youth and wellbeing space, but it was also a good opportunity to catch up with friends old and new in Christchurch. You can read more about the conversations we had here. 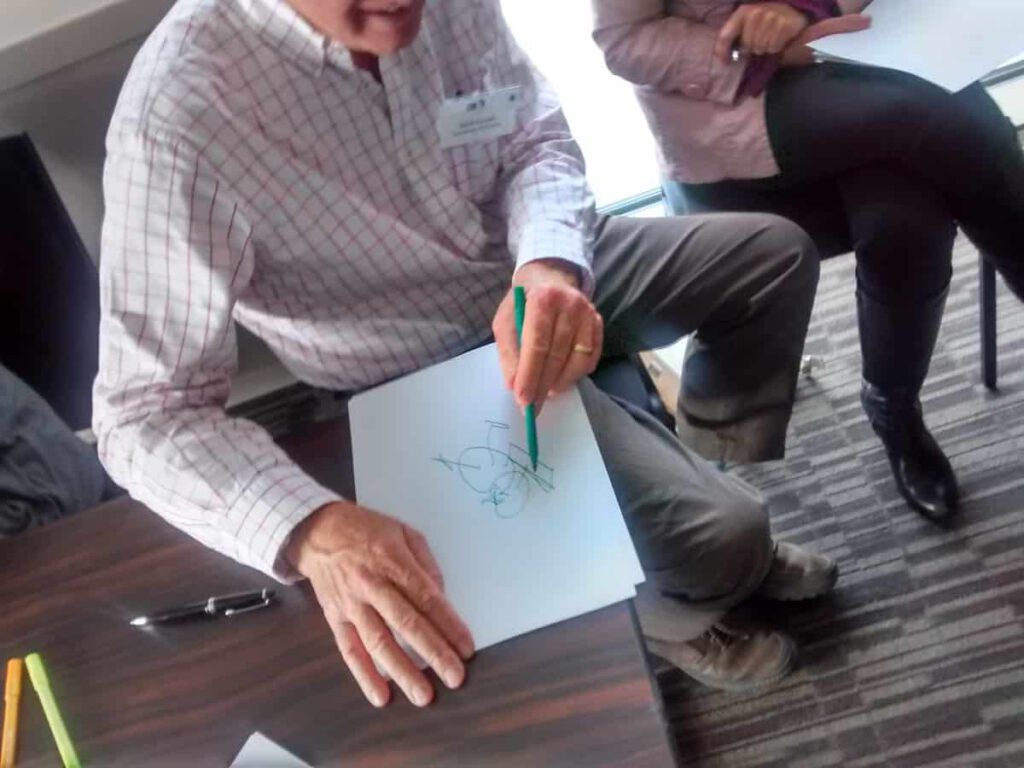 The theme of this year’s hui was ‘More than words –extending skills for youth development and wellbeing’. Through our mahi of working on and for youth wellbeing, we’ve learnt a thing or two on fostering wellbeing in others. At the same time though, it’s important to look after one’s own wellbeing, to have the capacity to pay attention to that of others. Based on some of our learnings in this space, the Lifehack team had submitted a proposal for a workshop called: Practical tools for enriching wellbeing in self and others.

In a turbo-charged one-hour session we took the 30 participants through three tools that we tend to deploy when it comes to proactively working on wellbeing. These were a whanaungatanga-building exercise, a personal wellbeing plan, and a compassionate letter to the future version of oneself.

The first exercise was the superhero-drawing one. Whilst we’ve been using a version of this for the past couple of years, it was our friends at Youthline who helped us take this to the next level.

Instructions for this exercise go as follows:

Participants pair up. In two five-minute slots one person gets to draw the other person with the opposite hand they normally write with. They then also have to close their eyes and draw a superhero version of the other person, based on the stories that the interviewee tells them. Varied skills are encouraged: getting four people out the door before 8.30am, cooking dinner for 15 people, making someone laugh, having awesome research skills. People then swap over after five minutes and the other person draws and listens. After this, the group comes back together to share the creations, much to everyone’s hilarity. The blind-and-opposite-hand drawing takes away most inhibitions of needing to create something great and as such is awesome for decreasing the pressure of performing in front of a group of people they might not know. It’s great as an icebreaker whilst giving people the chance to speak to their skills and personality at the same time. 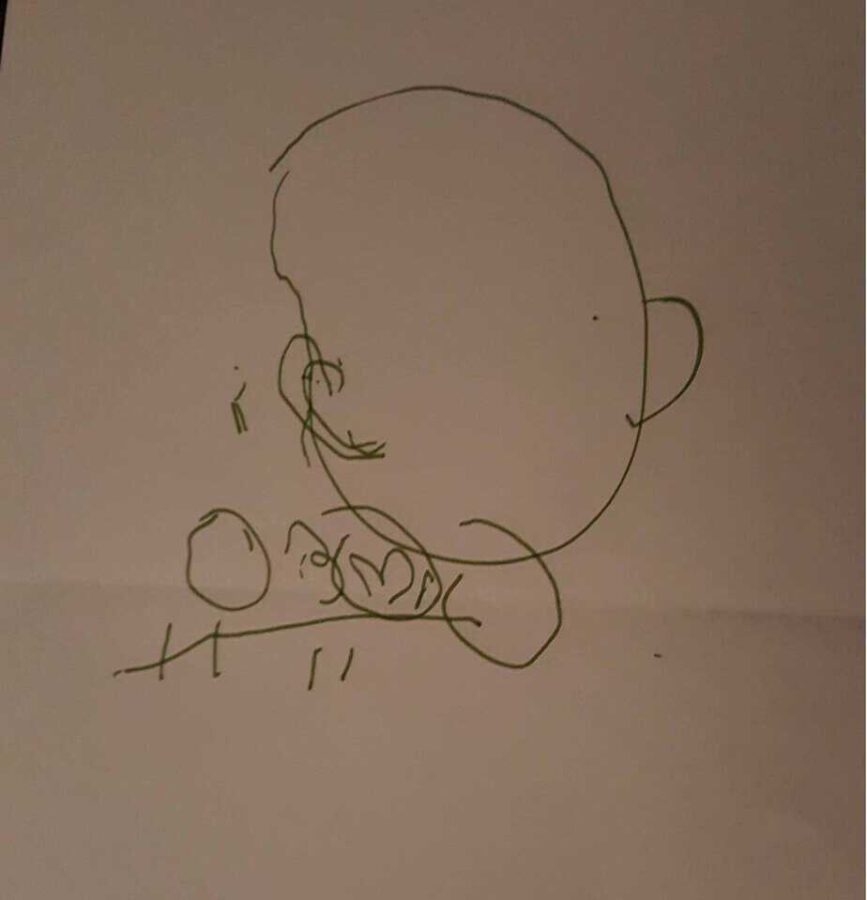 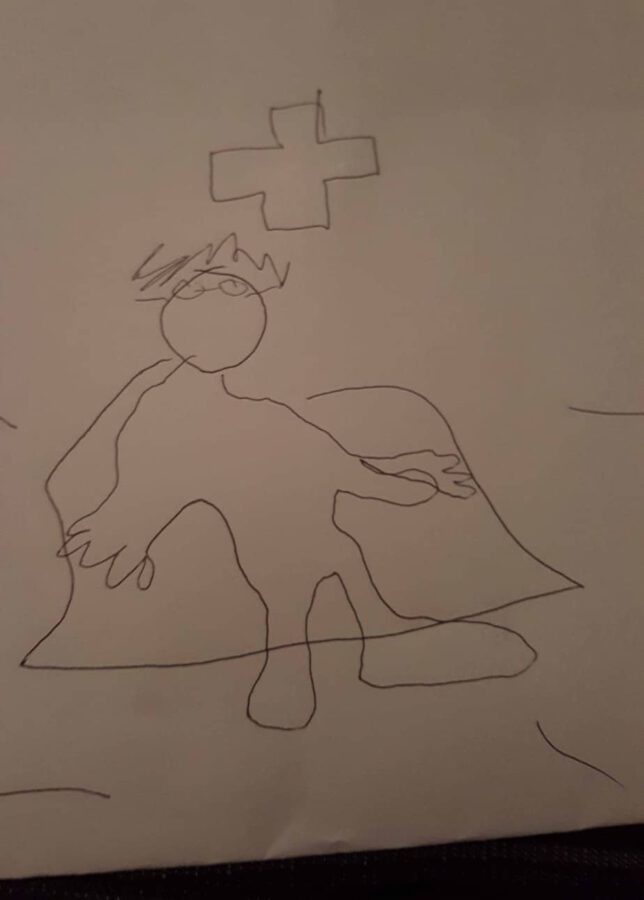 The next exercise we got people to do was a wellbeing plan. We developed those for our team, in particular when we go into an intense delivery phase. It’s got a range of simple questions including ‘What things are like for me when I’m doing great’, ‘when things are like when I’m losing myself and things aren’t so great’, and ‘what helps me cope when times are challenging’, as well as contact details of a support person etc. You can find the WellbeingPlanTemplate through this link. We find it to be useful exercise to do individually, and then reading one another’s to ask clarifying questions. Things that help people can be small, but powerful! Anything from TV series, calls from a loved, hugs, exercise, a quiet cup of tea or particular smells are things that people in our team find helpful in stressful times.

The last exercise we did with people during the workshop was one around self-compassion. In particular if we do work that’s aligned with our personal mission, it can be hard to call it a day, go home and stop thinking about work. It can be easy to tell ourselves that we haven’t done enough, haven’t worked hard enough or should be better at what we do. Truth is though, that we would only tell ourselves this, rather than anyone else in the world. We can be a lot more compassionate with people other than ourselves. This exercise is writing-based, and invites participants to think of the times ahead, which may or may not be particularly challenging. They are then invited to write a letter to themselves from the view of an endlessly compassionate, kind and loving friend or member of their family. In this instance, we invited people to write a letter to the future of themselves three months away from that day. We offered to take people’s letters, and send them on to them at the agreed point in time. This included having envelopes to hand, so people could add an address they can be reached at during that time. We’ve got a few to send come July!

It was just a small glimpse into the use of the tools that we tend to deploy regularly. There are so many other techniques and tools out there — please comment below or tweet us to tell us your favourite ones, we’d love to hear!

The irony was not lost on us that usually we would take a lot longer than one hour to do any of these exercises, let alone all three. Yet we felt that everyone at the workshop was a trained professional we were able to rely on some pre-existing knowledge in wellbeing which allowed us to work faster than we normally would. We also stressed in the invitation to each exercise that people could take them as far as they wanted, and that it was fine to opt out or not too deep into any of the areas if they felt uncomfortable.

Thanks to all the workshop participants and the Collaborative for accepting our workshop.