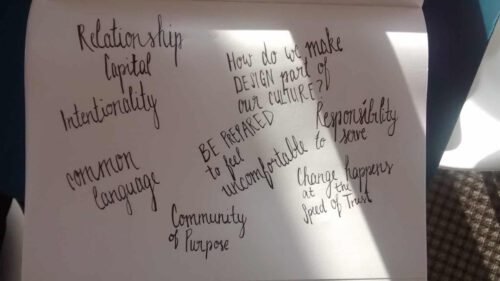 In mid-July, I spent two days at the Design For Social Innovation symposium with the Lifehack team. As a gathering of practitioners in public social innovation, a lot of the time was spent looking at existing projects and their challenges, wins and lessons. A considerable amount of time was spent on building whanaungatanga amongst the symposium participants to allow us to dive deeply into the issues present—from a societal level down to the individual practitioner’s.

A hunger for action, real-world impact and a practical how-to essence strongly featured across the two days.

Christian Penny from Toi Whakaari, New Zealand’s national school for drama, talked to the audience about the importance of creating spaces for people to step into, to then take on and shape themselves. He spoke to the school’s attempt to preparing the students to feel uncomfortable whilst enabling them to create windows of opportunity. Christian spoke of ‘tricking’ them into those spaces, as they might not think they’re ready, and then bringing them alongside staff to help co-create the magic for others. A lot of its more recent success comes from giving the students a sense of ownership and purpose. Christian asked:

‘How do we create the spaces for potential to emerge in between?’

When it comes to changing tack and focussing on process as opposed to outputs, much like Toi Whakaari did over the last ten years, Christian mentioned the relevance of ‘winning enough’ to keep funders content. At Lifehack, we tend to think about producing great compost—and that it takes time for the compost to turn into fruit-producing plants but it’s the ingredients and input that counts.

“You can never direct a living system. You can only disturb it.”

In the work the WCA do alongside young people, David and his team consider what works here and now, to bring out the best in people. Rather than looking at stacks of files about a persons history, they ask the person themselves what they’d like. Crucially, he asked: “how do we turn evidence-based practice into practice-based evidence, using stories and successes of our daily work to create the evidence that a certain approach is working, rather than only using what has come before.”

How do we turn evidence-based practice into practice-based evidence?

In a panel discussion on the first afternoon, a group of people explored the role of policy in the world of design. As part of the conversation panelists explored the relationship between design and policy, and how a traditional gap between operations  and policy (strategy) can be a constraint on impact, eg an initiative might work well yet at some stage for it to reach scale it touches or is constrained by policy. Members of the panel mentioned the importance of systems thinking when it comes to service design, and how the wider system at play needs to be considered for all the parts to link up, and how experience design can’t be done in isolation from the wider considerations.

As ever, the conversation raised more questions for the future:

How do we build relationship capital, so that when it comes to a conversation you can really listen? How can we challenge more of business as usual? How can we be awake to power structures? If we hire in contractors, does that indicate that the power is elsewhere? How do we find safe ways to practice? How do we learn what rings bells in both worlds?

How do we deal with now, and think about better?

On the second morning of the symposium, Kirsty and Tamaiti from Ngāi Tūhoe joined the participants for a provocation, sharing some of their learnings and observations from their recent Treaty-settlement process. One of the main takeaways was that not  all processes are designed for certain entities to hold the power—and that one counter-approach to this is to create justice and unity regardless. In Tūhoe’s instance, this resulted in Te Urewera being handed back to the iwi and the whenua (land) being recognised as having the same the rights of personhood.

Rather than asking the experts for how to approach a certain situation, the approach should be ‘let’s ask ourselves’—and thereby raising the responsibility in individuals for the collective future. They also pointed out that whilst not everything needs to be fixed in one’s lifetime, it is important to raise hope and optimism every day. Considering the wider context, they raised valid questions: What are our problems to solve? What are we best placed to improve? Who are we in this work?

This is something I grapple with a lot of Lifehack—and the most rigorous, respectful approach I have found is to be alongside the people who have existing relationships and context already. To approach with humility and honesty and respect with what we know, and what we don’t know. That it’s more respectful to start a conversation by asking questions and truly listening, as opposed to bringing what we believe to be true.

One quote in particular stood out for me at the event: 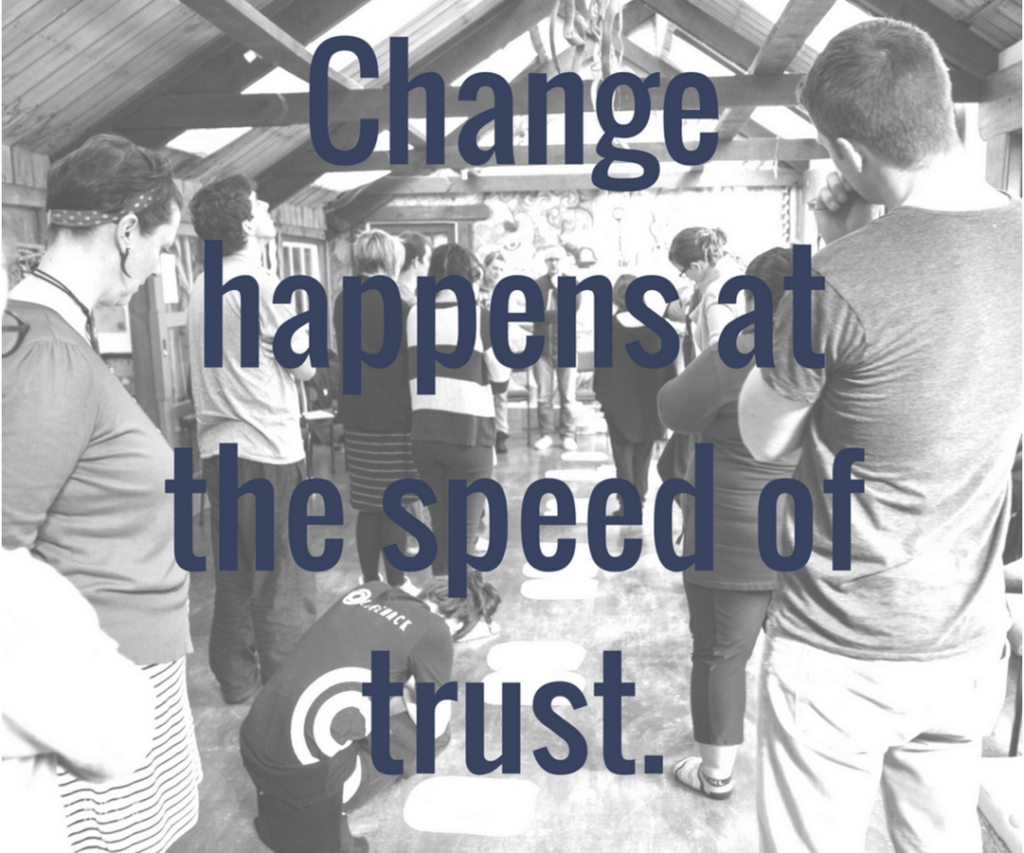 For us at Lifehack, we tend to spend a lot of time building trust—with our participants, the communities and partners we seek to work with, with our own team. Ngā Uri Ō is one of the tools we have developed, together with Flourishing Fellow Christina Leef, to assisting the weaving of connections in group settings. Using the metaphor of waterways, it’s trying to establish who each person is individually and in relation to one another to build a solid foundation from which work can be done. You can read more about it here.

It was amazing to witness such in-depth and raw conversations happen both in the sessions and in between. The level of open-heartedness and honesty with which participants seemed to show up was outstanding, and leaves hope when it comes to raising optimism every day. Big mihi to the convenors, team, participants and volunteers.

For more information on DSI, follow them on Twitter or better even sign up to the newsletter, which is jam-packed with events and links to great articles.