This is a guest blog by Carsten Grimm, mental health promoter. 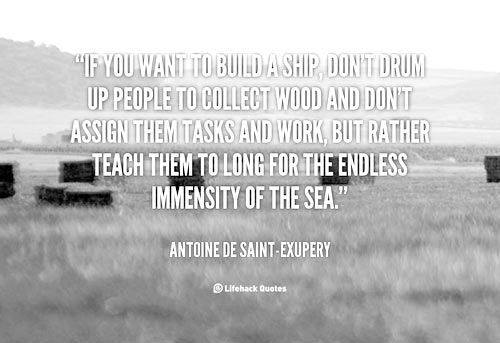 “If you want to build a ship, don’t drum up the men to gather wood, divide the work, and give orders. Instead, teach them to yearn for the vast and endless sea.” – Antoine de Saint-Exupéry

We need a more sophisticated conversation about well-being here in New Zealand and an aspirational vision that teaches us all to yearn for a nation of people who are thriving. A mentally healthy population that flourishes—where the majority of people feel good and function well—will be the resource that tackles our social issues, our most precious resource, and a resource whose cultivation, quite frankly, is far too important to be left up to chance.

Mental wellness and mental illness: The double-continuum model of well-being

With the exponential increase in popularity of the positive psychology movement we have seen an explosion of research into well-being, which has started to balance out the historical legacy of psychology to focus mainly on what is wrong with you. We are now seeing increasingly sophisticated ways to measure what is right with you, including how to catalogue, scientifically, your character strengths, values, orientations to happiness, and the constellation of symptoms that make up positive functioning and flourishing (take some of these scientifically validated inventories at the University of Pennsylvania’s Authentic Happiness test centre).

With this research effort we understand better how good mental health (well-being) and poor mental health (mental illness) intersect with one another. We appreciate now that the absence of mental illness does not automatically confer ‘wellness’—being mentally healthy is something over and above just the absence of illness and it takes somewhat different toolboxes to alleviate illness and to promote well-being. For example, a combined drugs and therapy approach has been shown to be (somewhat) successful in ameliorating depression and anxiety, whereas the Five Ways to Well-being have been shown to be an accessible approach for everyone, regardless of resources, to improve their general well-being (Aked, Marks, Cordon, & Thompson, 2009).

So how are we doing?

Looking within New Zealand we find that mental illness is just far too common: 46.6% of the population are predicted to meet criteria for a disorder at some time in their lives, with 20.7% of the population having had experience of a mental illness within the last 12 months (Oakley Browne, Wells, & Scott, 2006). Using the data from the Sovereign Well-being Index the latest research on well-being in New Zealand assess that flourishing in the population is at 24% (Hone, Jarden, Schofield, & Duncan, 2014). Roughly comparable using this research, flourishing in Denmark is at 41%.

Looking to general global comparisons of how we are doing sees the Scandinavian countries consistently at the top of the happiest countries list and New Zealand consistently below the leader-pack. When using life satisfaction New Zealand places overall behind the Scandinavian countries, Australia, Mexico, and Canada (OECD, 12th Better Life Index). Using a well-being composite, the 2013 UN World Happiness Report places New Zealand 13th Sachs, 2013). When examining social well-being, however—feeling close to and valued by other people— New Zealand’s international standing can only be described as a disaster. Compared to 22 contributing countries in the European Social Survey, New Zealand ranks 22nd in social wellbeing overall and worst overall on feeling close to people in the local area.

The rates of mental illness are far too high and the rates of flourishing are far too low. We are not as socially healthy as we ought to be, and in summary, this is just not good enough.

The case for a flourishing Aotearoa

The empirical case for promoting well-being has by now been settled: You are more creative when happy, you are more productive, you are more likely to be socially inclusive; you also make more remote connections, learn more skills and accumulate more resources for the future when you are experiencing positive emotions (for an excellent review check out NZ-based Work on Wellbeing). What this means is that the large, pervasive social problems yet to be solved are much more likely to tackled by a community of people who are flourishing—feeling good and functioning well. This is what we need in New Zealand, and nothing less than flourishing will do.

Also of interest: ‘Why Lifehack focuses on improving youth wellbeing through technology’ 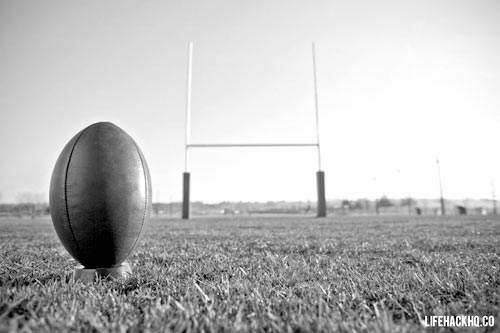 What we need: Clear goal-posts

There are several innovations that are currently needed to allow us to address New Zealand’s well-being in a serious way.

Firstly, I think we need to get far more ambitious about our well-being goals for the country. We need extremely clear goal-posts, so allow me to offer—as a benchmark— these two complimentary aims: That we reduce the experience of mental illness by half in the population by 2030; and that we double the experience of flourishing in New Zealand by 2030. These goals are arbitrarily picked, but allow a starting point for the conversation that’s needed. A better way to go would be to poll the population about overall behind Costa Rica and Israel (Helliwell, Layard, & what we collectively want as well-being aims and then hold policy makers accountable.

Secondly, we need a joined up approach within the well-being community. At the moment, we have incredibly well-intentioned people all over the country working incredibly hard on their own individual projects and we need to take this model from out of the pre-digital age and introduce some modern connectivity. I think something like Loomio for well-being researchers would be a start. Something that would allow for the combined intellectual horsepower of the country to be brought to bear on the dizzying amount of research and intervention that is happening and needs to happen. We need to combine resources and figure out a way to usefully engage with a World where big data can inform us of important social phenomena that we ought to be noticing and doing something about.

Clear goals and a joined up approach I think would allow for the third essential ingredient, which is an agility to respond. And to be clear, this is not something new, but is entirely in keeping with the social entrepreneurial movement that Enspiral espouses.

Aspirational vision. Accelerating technology and learning. Social contagion. We have all the ingredients. We are a nation of over-achievers and why should this be any different for our aspirations about our own well-being? I don’t just invite debate over where we should go and what should be done, I’m calling on us all to sort this out. And I for one am unapologetic for wanting us to be World leaders with our own mental health.

Carsten is a mental health promoter with a passion for well-being science and using tech to promote flourishing. When he is not talking about well-being he is either at Crossfit or drinking coffee. You can read more about him at the Mental Health Foundation.