In continuing on from introducing one of 2015’s Flourishing Fellows, we’re proud to present Nick Laurence and his journey thus far. Nick joined us in July last year for the Flourishing Fellowship and has since then continued on to launch multiple ventures and projects as well as participating in Te Kōanga in November and December in 2015.

What began as a solo mission to find a thesis topic has grown to be a large-scale vision for change in everyone’s lives. 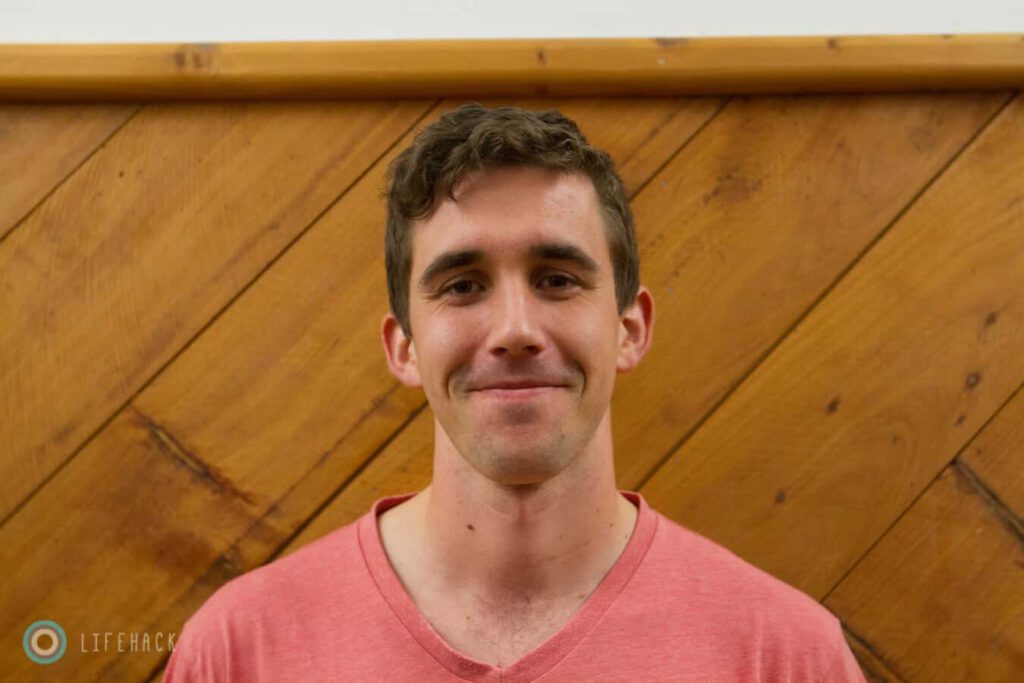 Two years ago, Nick was sitting on a bus…

A three year Doctorate degree Nick had embarked on was proving difficult because he was struggling to find a thesis topic.

He was getting desperate.

By pure chance, a clinical psychologist and mindfulness practitioner called Bruno Cayoun happened to be travelling to Auckland to do a workshop on mindfulness. Nick caught the bus from Wellington in the hope the workshop might provide him with a thesis topic.

Not only did he find a thesis topic, but he learned how to teach mindfulness.

Thesis topic secured, Nick began to power through his Doctorate. 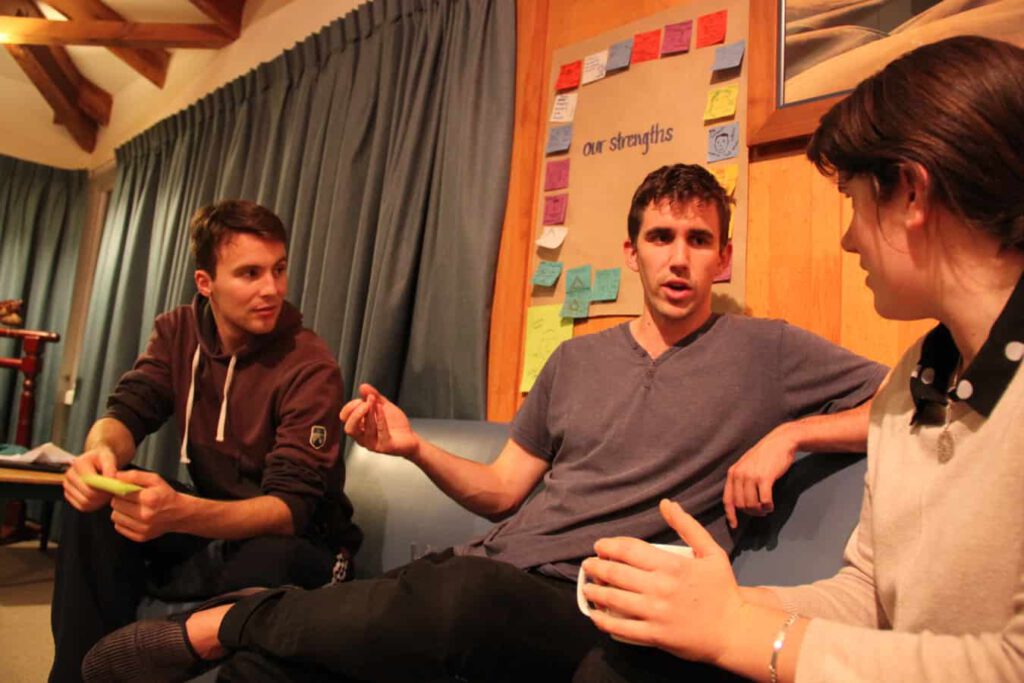 In the following year Nick attended the Live the Dream pitch night in Wellington to watch his friends Michael and Alex pitch their idea for YOMO. The atmosphere in the room was electric and like nothing he’d experienced before. 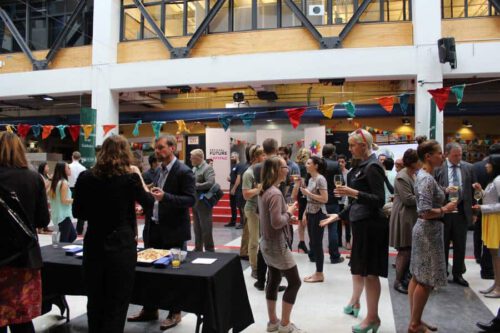 He found himself surrounded by people who were interesting and he had an urge to talk to everyone – they were all doing inspiring things that he wanted to learn more about.

He met Chelsea Robinson from Lifehack, who introduced him to the Flourishing Fellowship.

“It feels like quite a radical step if you are the only one in your social network that’s doing something, but if you are suddenly surrounded by other people that are doing stuff then it becomes much easier.”

He was pushed to join the Fellowship by two friends, and he attended the three hui alongside working on his Applied Doctorate of Clinical Psychology.

Before the first Lifehack hui, Nick didn’t really know how he could contribute to solving global problems like climate change. Climate change had always been something simmering under the surface for him; in the past he had struggled to understand how he could help with a huge issue that was so multi-faceted, so tackled the problem with what he knew: mindfulness.

“Even if you were doing completely different work, you still had an underlying set of values- wanting to help people.”

He did something he’d never done before; he taught a mindfulness class.

An Ako session was held at the hui, where attendees were invited to present a talk on something they knew or teach a class. Nick’s Ako session was a twenty minute guided meditation focusing on mindfulness, followed his vision for his new project, Mindfulness for Change. His session was well-received, the feeling in the room was positive, and he found people really valued his teaching.

Teaching mindfulness to the Lifehack community was incredibly validating. Before the hui, he’d been keeping it to himself as a self-practice, and was nervous to share his practice because he didn’t know what others would think. Keeping Nick motivated to teach was the knowledge that mindfulness was something that he believed was really good.

“Sometimes I question whether that is healthy or not, cos It’s like ‘just back yourself more Nick’ kind of thing, but then there is another side of it where you do need validation for your ideas”

Nick sometimes felt isolated in his opinions. Within the Flourishing Fellowship he discovered a community who thought similarly to him, shared his views, and supported each other.

“I think it is human to need validation, to want validation, and a lot  of people found that in the Flourishing Fellowship, to realise, ohhh other people think like me as well.”

So, what is Mindfulness for Change?

Writing a Doctorate on mindfulness wasn’t enough for Nick to be satisfied. Nick wanted to be able to make mindfulness accessible to anyone, and teaching Mindfulness for Change  classes was his solution.

The tagline: ‘Accelerating compassionate human action on the planet’

To help people who want to help the world by teaching them mindfulness skills, by looking after their wellbeing, build insight, and have better ideas.

Mindfulness brings awareness to the present moment. Yes it’s meditation, but it’s also training to be highly sensory and conscious of what your body is doing.

Using mindfulness to focus on the breath by using the nostrils, and then incorporating in mindfulness of body sensations. That means scanning the body from head to toe and seeing what sensations are in each area. Each session finishes with a loving-kindness meditation and generates positive emotions and positive intentions. This is done by setting kind intentions, towards yourself, to the people around you, and eventually the whole world and all beings.

Nick found this loving- kindness meditation to be a really transformational part of the programme – it felt good!

Nick taught a four week introductory Mindfulness for Change programme at a coworking space in the evenings. It was mainly taken by his Lifehack friends who were mindfulness converts. He found it amazing to have his community there and was empowered by the continuing support.

One of the Flourishing Fellows described the contents of the second week’s class as “mind-blowing” and Nick found that a particularly memorable moment.

Other people had a a bit more to say:

“I feel like I’ve learned more in these three sessions than I have from reading three books on this stuff!”

“Great course. Really clear at explaining concepts which really resonated with me.”

It all kick started from there. Nick ran two further intro courses and an 8-week group based mindfulness programme in the second half of last year.

Mindfulness for Change was challenging

The biggest challenge was getting people to come to the classes, because ironically, most people were too busy or stressed to come to evening classes.

To overcome this challenges he played to his strengths

He teamed up with Mindfulness Works, a network who promoted his classes and allowed Nick to focus teaching.

It’s bigger than just mindfulness, though.

What Nick really wants to see is communities of young people around New Zealand who want to make a social change by coming together to support each other and practice mindfulness together. The research says that people who practice mindfulness tend to have increased creativity and productivity levels, and mindfulness equips them to shape the direction they make to be a compassionate one.

The vision: teaching people mindfulness will help supercharge the work they do to make a difference in the world and change the systems we live and work in. Whether they’re starting a company that supports electric car infrastructure, or an app that promotes community collaboration to organise events, or anything in between.

To realise the vision, Nick plans to facilitate ‘tribes’ – communities of practitioners who have completed the Mindfulness for Change programmes – to continue to meet up with each other after the programme has finished. The aim is to both to support each other’s practice and wellbeing, and “to accelerate compassionate human action on the planet”. 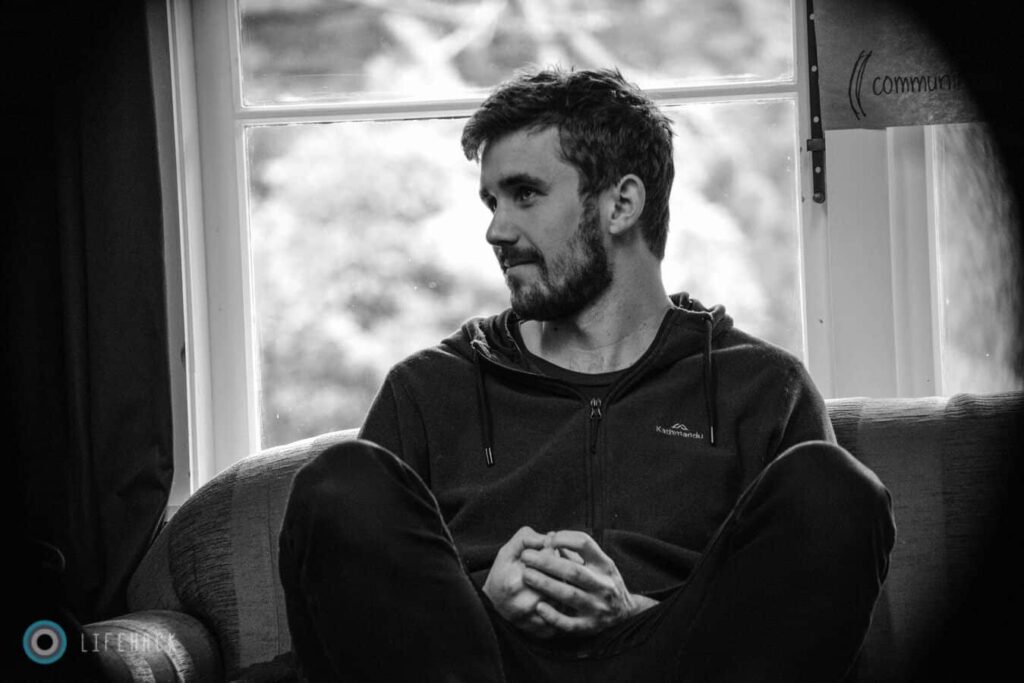 “I feel like why would I ever go back, it just doesn’t make sense to not be compassionate now.”

Interested in becoming more mindful? Get involved in the next Mindfulness for Change hui. Book your spot here.

Head on over here to find more information!