Michael was a participant on our Lifehack Labs programme in 2014. Below is a story captured about his journey along his own path of wellbeing across the last three years.

Michael had spent most of his life cruising through university and as a web developer. But then he joined Lifehack Labs in 2014 and had everything shaken up. He quit his stable, well-paid job and now uses code, entrepreneurship and mental health to create an app to improve others’ wellbeing. 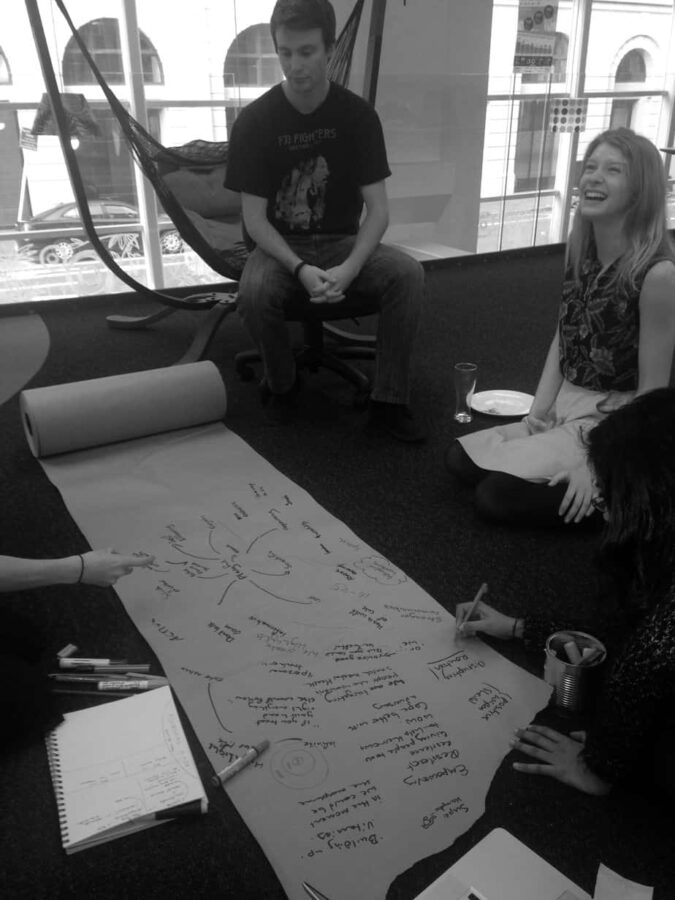 Michael knows how to look after himself. He starts each day with oat porridge before working as a web developer at Enspiral Dev Academy.

He is currently working on a project called MiCBT app, or Mindfulness-integrated Cognitive Behavioural Therapy (MiCBT). MiCBT is an 8-12 week programme that teaches mindfulness and compassion, used to treat mental illness and foster wellbeing and personal growth. The app is to help MiCBT clinicians and users to access the programme and improve their wellbeing through mindfulness techniques.

Michael isn’t a youth worker, nor is he counsellor. He wants to make an impact and help people by using his skills as a web developer. Instead he has tapped into a unique combination of coding, entrepreneurship and mental health.

Michael came across the term mindfulness on a programmer’s blog.

He was working as a programmer for a corporate firm, and started practicing mindfulness to achieve more work.

It turned out he really liked practicing mindfulness, and began to explore it more. He learned about the mental health aspects and the positive effects mindfulness could have.

Michael took leave from his job to join Lifehack Labs. He realised more young people like himself working their first professional jobs could benefit from learning mindfulness to reduce their stress levels. He developed the tool YOMO for his busy young professional peers with the aim to deliver bite-sized mindfulness portions and make mindfulness fun and not another commitment.

He and his teammate Alex facilitated conversations and interviews with young professionals as their research for YOMO. Michael found it a disturbing experience.

People their own age and from similar backgrounds were telling Michael and Alex stories of suffering overwhelming stress. 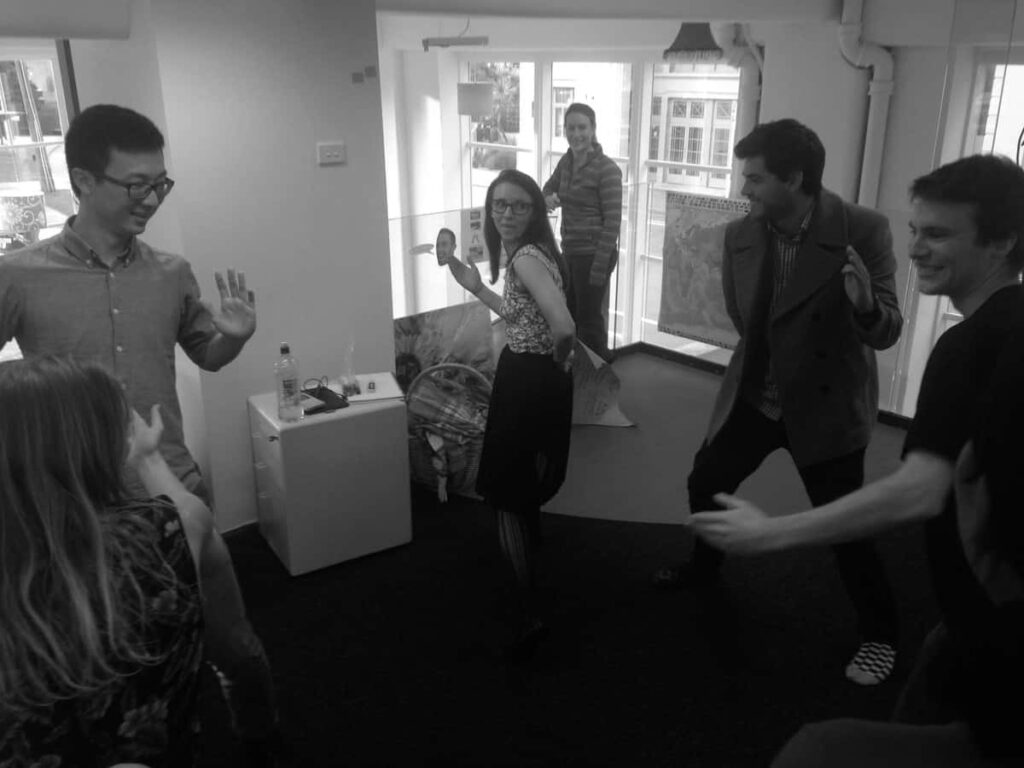 To Michael, it was clear the participants were simply not aware that stress was causing them to feel so tired and burned-out. But he had a hard and frustrating time convincing them stress was the true cause.

Michael realised his mindfulness knowledge allowed him to recognise other’s stress symptoms – and it was time to teach them about it.

After Lifehack Labs, Michael managed two weeks of his job before he resigned. He had experienced a new way to communicate, with vulnerability and creativity, and the structured organisation where he had spent two years would not provide him the space and freedom to do this.

So he quit his job.

“I told myself I would go back to work for four weeks and then quit. I got back and hated it, and lasted two weeks before I handed in my notice, having nothing to go on. I didn’t want to go on working in that way. It was a different way of working at Lifehack Labs, and I needed to find more of that.”

Lifehack Labs was spent discovering a life-changing new thing called mindfulness, and improving his peers’ lives was worth chasing.

YOMO soon ground to a halt, and failed. 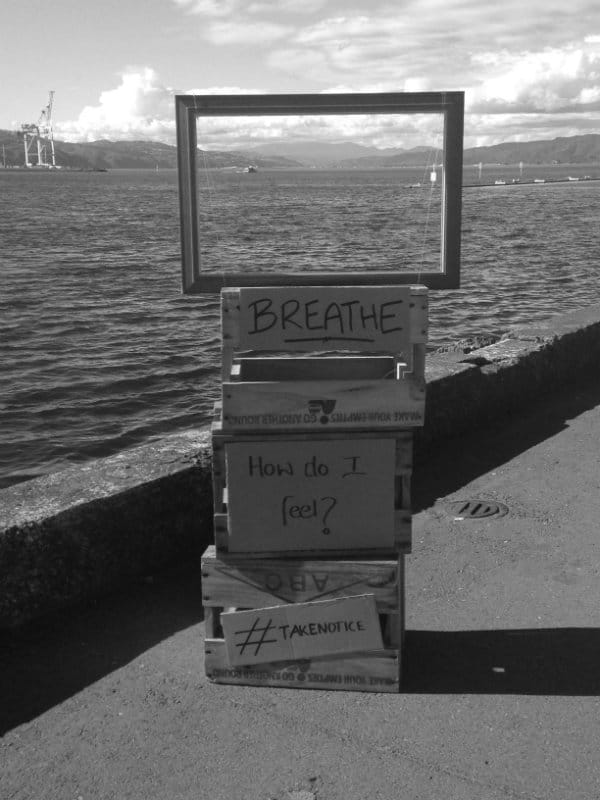 Michael was surrounded by the social enterprise world, where people were developing amazing projects, and he felt a pressure to succeed and keep up with everyone else.

The pressure Michael put on himself to succeed at his dream was enormous. And when YOMO failed to become a successful social enterprise, Michael put a positive spin on it: he thought YOMO failing not as a ‘failure’, but ‘a learning from failure’.

“Hey-I’ve failed that one, but I can take all those learnings, and take it to the next one. Even if the next two fail, it’s constantly building that building block until you find one that is going to succeed and you are going to have that impact you really want.”

Despite failing, he could see how much he had learned. Failing allowed him to take the time to stop and reflect, and that helped prepare him for the next project. He knew the next project was going to be so much better because he had learned from the previous one. He began to believe in himself.

And always at the back of his mind, was a little voice telling him that what he was doing was going to fail. He was stubborn and wanted to prove that little voice wrong.

“When a new opportunity pops up I ask: is this going to have the greatest impact, or will it actually achieve what I want to achieve? Is this actually what I need to be doing?”

Michael first had to take care of himself

Michael developed a simple way to manage his own personal wellbeing, and that was to make sure he didn’t become stressed. He noticed when he was stressed he isolated himself and didn’t tell anyone what was going on inside. He learned to tell his friends what was going on when he felt isolated.

He learned to tell his friends what was going on when he felt isolated.

To do anything well, he had to be well. If he was overworked, it would not have had the impact that he wanted, and it definitely wouldn’t help to achieve his vision.
Michael’s involvement with Lifehack taught him how he could continue to help people by using his skills as a web developer. What began with his frustrations at attempting to show people they were stressed turned into working with mental health practitioners who directly help those in need. Porridge has sustained Michael throughout his changes and explorations, and now he is beginning to search for a new food to eat for breakfast. You could say that exchanging oat porridge for quinoa porridge might just be his new shiny thing.